Nehru Planetarium, Nehru Memorial Museum & Library has been conducting a series of webinars in the last 10 days to give information about the upcoming annular solar eclipse to the students and interested public.

On the day of the eclipse, the 21st of June 2020, the planetarium will be conducting a webcast of the views of the eclipse from Delhi with a number of interesting activities and information interspersed with these views. In collaboration with the organisation Scicomm, there will also be a webcast from Dehradun, which just falls within the annularity belt of this eclipse.

The image here shows all parts of the world where the eclipse can be seen - inside the cylindrical region highlighted. The regions falling within the narrow belt region in the middle of the cylindrical outline, will see the maximum Annular phase of the eclipse. All of India will see at least some phases of this eclipse, while a narrow belt of regions in India will see the maximum annular phase of this eclipse. During these difficult times, of course, there will be no public viewing of the eclipse from the planetarium, although viewing through webcasts will be made available which can be seen from Planetarium You Tube channel. 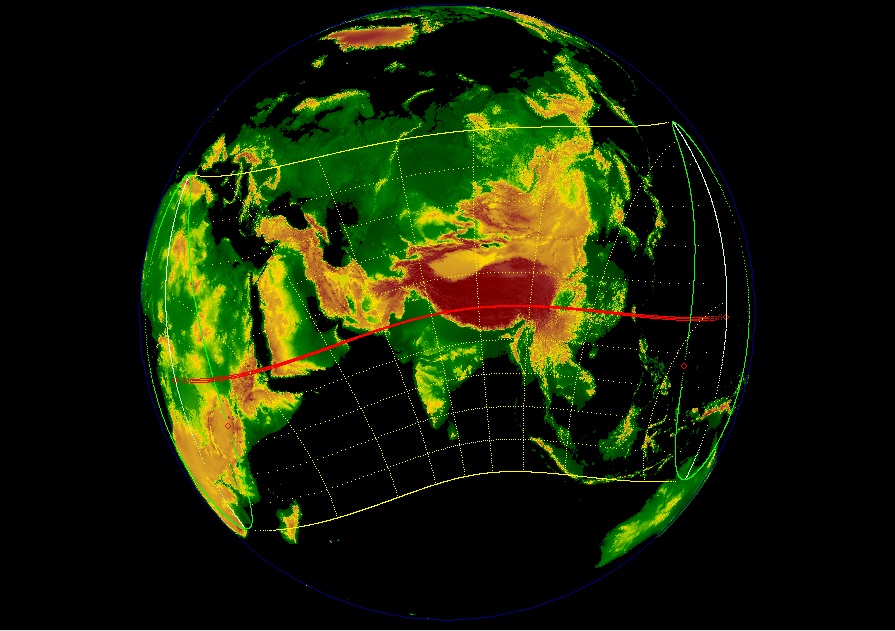 Image capture from the software emapwin 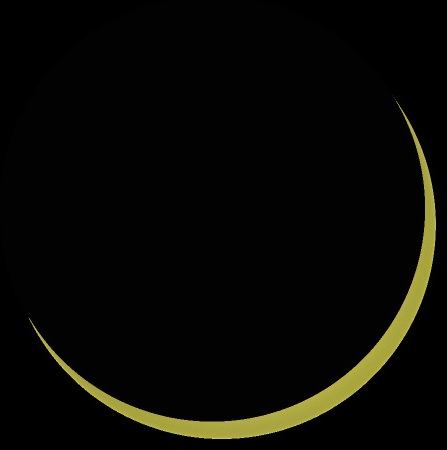 So, although Delhi is not falling in the maximum belt, quite a substantial fraction of the Sun will be eclipsed as viewed at the time of maximum eclipse, from Delhi.

This eclipse is a central eclipse, meaning that at maximum the centers of the Moon and the Sun would appear to coincide as viewed from some parts of the Earth. If a central eclipse happens when the Moon is relatively closer to the Earth in its elliptical path (at Perigee) and the Sun a little further away (Earth at Aphelion) the Moon would be able to cover the Sun completely and a Total Solar Eclipse would occur. During this eclipse, however, the Moon is at Apogee (furthest from the Earth), appears smaller than the Sun even when it covers centrally. An outer ring of the Sun will remain and thus, this will be an Annular Solar Eclipse.

Apart from India the eclipse will be visible from parts of Africa, including Central African Republic, Congo and Ethiopia. South of Pakistan and northern India and China too will be able to see the eclipse.