Invites you to the Public Lecture

Bringing the Chilean skies to Delhi 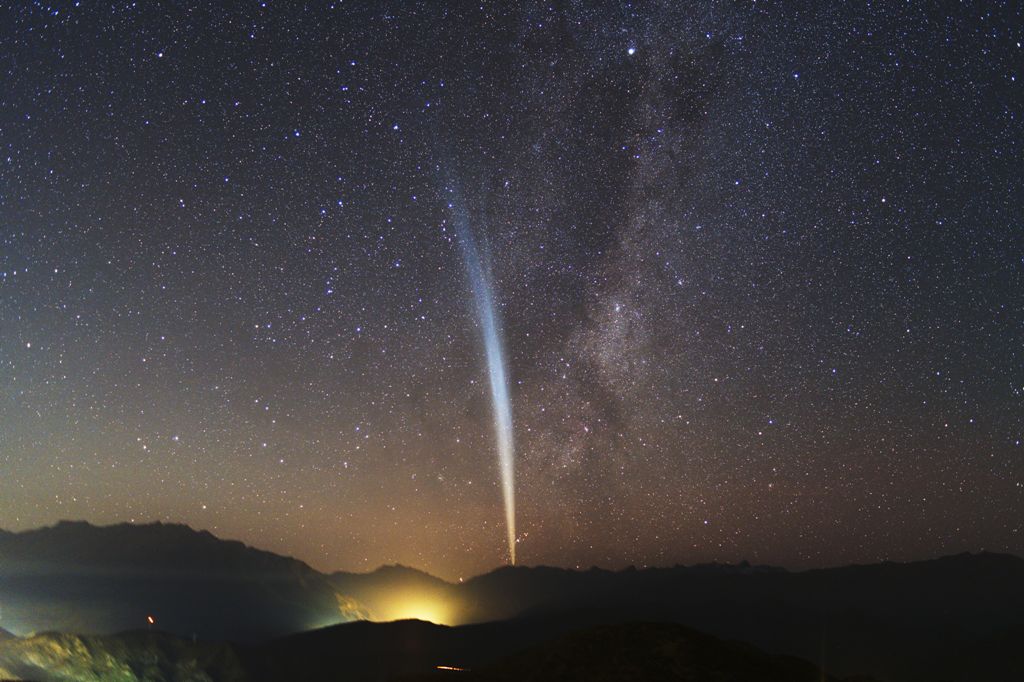 Chile is known in the Astronomical circles for its beautiful, dark sky locations, completely free of light pollution - an Astronomer’s haven. The city of Delhi, and in fact many large cities in the world, are the exact opposite - the people in these cities get so engulfed by ugly light pollution that one sees very little of the Celestial Universe which nature gave to us, unasked. One needs to get very far away from cities to appreciate the skies, and in the city, the planetarium remains the only location where stars can be glimpsed in all their “natural” glory, virtually recreated.

Be at the planetarium this Friday, 4th November 2016, to get some glimpses of Chilean skies and its inspiring Astronomy endeavours.

Nehru Planetarium, Nehru Memorial Museum and Library, is organising a talk in the sky theater of the planetarium on the Evolution of Galaxies, by the Chilean Astronomer Prof. Guillermo Blanc. The talk will be held in the morning of the 4th of November 2016.

Prof. Blanc will also share with the participants something of the excitement of frontier Astronomy from Chile, an Astronomers' paradise with no light pollution. Some of the largest telescopes in the world are stationed at Mount Paranal in Chile.

In the words of Prof. Guillermo Blanc:

Today Chile hosts about 50% of all the telescope collecting area in the world, including several 8m class optical/IR telescopes (VLT, Gemini, Magellan) and the largest sub-mm interferometer in the world (ALMA). Ongoing projects to build 30m class telescopes (E-ELT, GMT, and maybe TMT) as well as 8m class survey machines like LSST will only continue to further the development of Astronomy in Chile. These observational resources, together with a supportive institutional environment that provides an ideal setting for international observatories while ensuring significant access to these facilities for researchers at Chilean institutions, have allowed the growth of a large and active astronomical community with hundreds of members.

Participants in the lecture are invited to be at the planetarium by 9:30 AM when a Full Dome sky theater show created by the planetarium titled “Yeh Tara, Woh tara : An alert on Light Pollution” will be shown to the participants, followed by Prof. Blanc’s lecture.

Retrieved from http://www.nehruplanetarium.org/taarewiki/pmwiki.php?n=Site.ChileanAstronomy
Page last modified on October 31, 2016, at 04:34 AM EST