For the month of May, continuing from that of April, it seems that the constellation Leo, is still our guide.

Star count observations from Leo, are discussed in the Beginner's help for April observations.

In addition, it seems that the constellation of Virgo, would give us some useful star counts for this month. Actually, if we look at a star map, (for Delhi, as an example) and see what moves about overhead, towards the middle of the Month, around 9 PM in the evening, it seems that there is no single constellation overhead. Unlike April skies when Leo was conveniently overhead early in the evening. Towards the end of the month of May, Bootes is reasonably overhead, a little late in the evening, around 10:00 PM.

Therefore, it seems that the month of May, will have four different regions of the sky, all hovering about the overhead regions - Ursa Major a little to the North, Leo dipping down towards the West, Bootes rising up from the East and Virgo to the South. 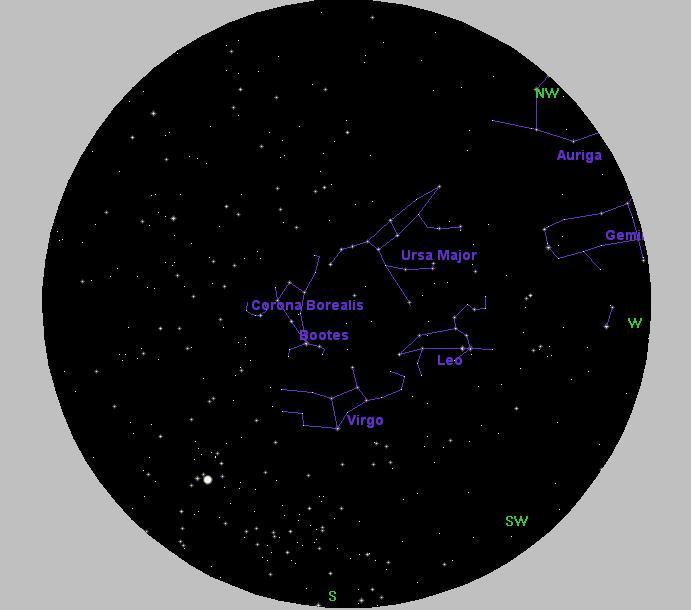 Let us look at the possible regions for useful stars counts from Ursa Major, Virgo and Bootes, since Leo is already discussed in the April observations.

Star counts from the Ursa Major region, is very simple, as the boundary region is quite simple for even a beginner to locate.

Saptarishi or Ursa Major is the soaring kite like grouping of stars that we can see towards North East, a little high in the sky, during this month. We just need to identify Alioth and Alkaid of this kite and the star Cor Corolli which makes a kind of a skewed triangle cupped inside the tail of the kite. There is another star, Bet CV n that makes an isosceles triangle with Alkaid and Alioth. Do not confuse the boundary region with that star, it is Cor Corolli, that forms the skewed triangle, which makes one of the stars forming the boundary region. 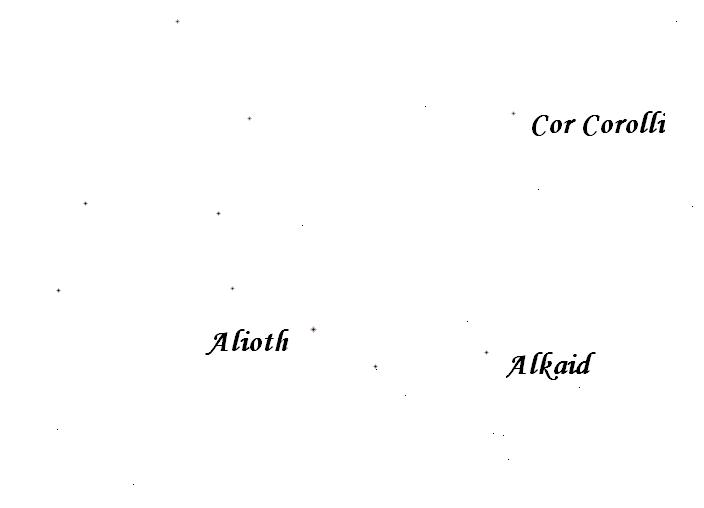 In the Virgo region, it is the star Spica, Heze and Purrima that make a triangular boundary region. 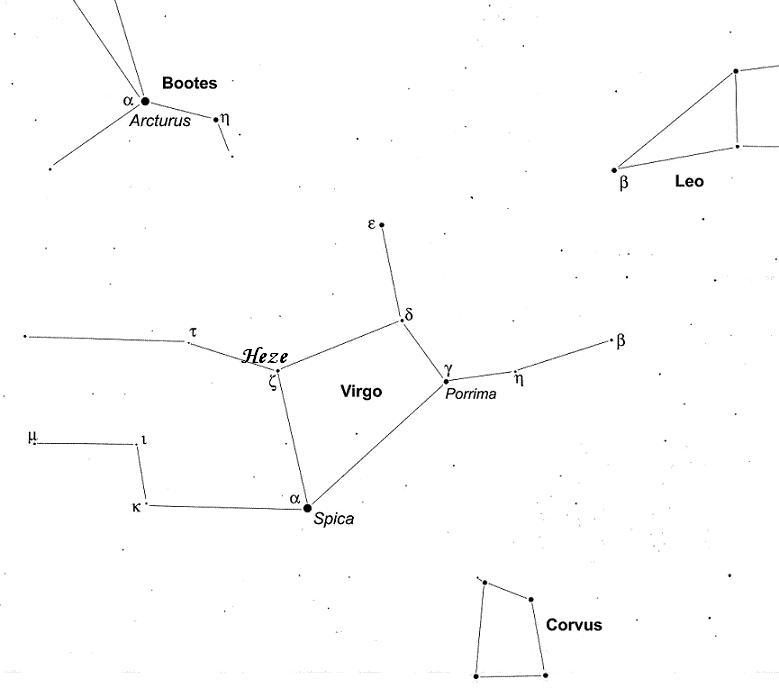 In the constellation of Bootes, it is the stars Arcturus, Seginus and Alphekka (of Corona Borealis) that make the triangular boundary region, within which we need to count the number of visible stars.

We count the stars visible in any of these regions, sketch what we are seeing and report in the yahoogroup

or mail it to nehruplanetarium @ gmail.com

or send our sketches by snail mail to,

Retrieved from http://www.nehruplanetarium.org/taarewiki/pmwiki.php?n=Site.BeginnersHelpForMayObservations
Page last modified on May 25, 2008, at 07:06 AM EST