Here is something that might be useful for the very beginners to get started on contributing with observations for the Taarewiki.

We want to contribute with observations from overhead regions as they will be the least marked by local contributions to light pollution (unless we are sitting directly under a street light and then look up to observe :-)

So, what beginner observations do we contribute with, in April?

We follow a star counting method suggested by the International Meteor Organisation, for determining the Magnitude of the faintest visible star - or the Limiting Magnitude at

Arvind Paranjpye of IUCAA suggested that we use the method outlined in the above link.

The following is a simplified version of using one particular region of the sky discussed in this link.

First, we can familiarise ourselves with the stars in the Leo region. Looking roughly overhead at the times mentioned, this is what we might be seeing, from cities.

Just above the point marked South and a little to the right, is bright Saturn. This is its position in April 2008. This will be the brightest object, about overhead, at the times mentioned. Locate the stars of Leo, and ignore Saturn, in the star count! 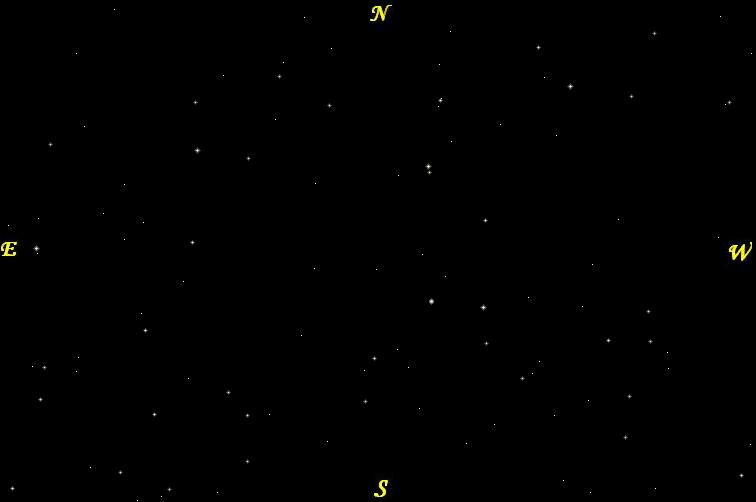 If we are living in more fortunate regions of the country.

Our ancients imagined the figure of a majestic Lion outlined by the stars of this constellation, perhaps as in this figure from weasnor.com

We need to identify the stars Regulus, Algeiba, Zosma and Denebola of Leo, using this image, perhaps, or using planetarium software that is accessible. 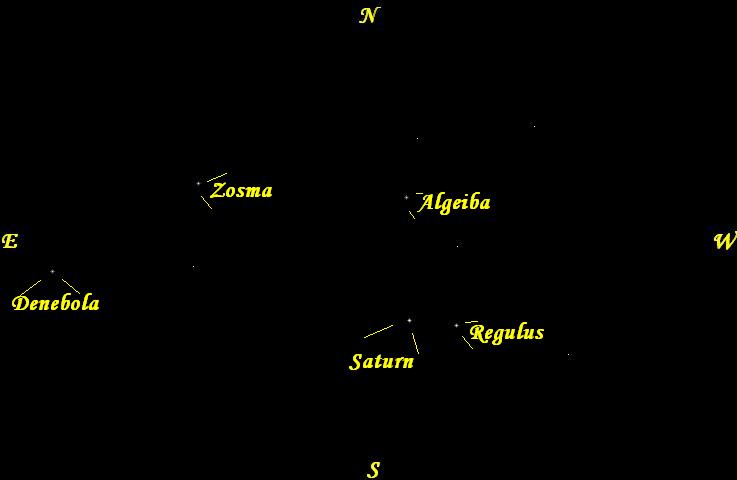 And then go ahead, count the stars and report in the yahoogroup

Where there are ongoing discussions for participating in this project.